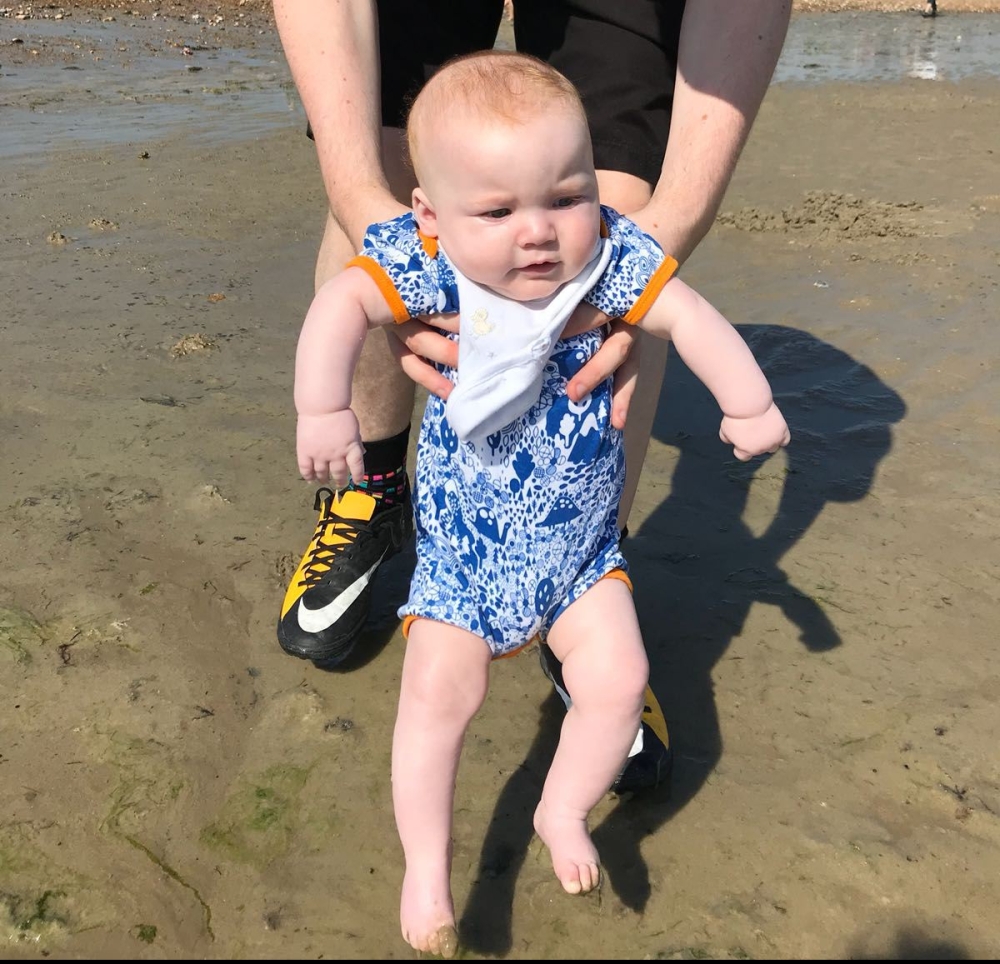 After depositing half my Oatibix brunch on Mummy and Daddy’s bed, I needed to get out for some fresh air.

He’s a lot bigger than me, though, so I didn’t really have a choice – but upon arrival I was relieved to see no sign of holes to fall in.

I’m more than six months old, now, and despite living by something called ‘the sea’ I’ve never actually touched it.

When we got there I realised the ‘gap’ bit of Goring gap meant how far ‘the sea’ was from the sandy bit. It was miles away!

Instead of trekking all the way out, we found a lovely spot where ‘the sea’ had left a bit of itself behind, so I could splash in it. I had the biggest smile on my face as the squelchy sand sucked between my toes – but Daddy wasn’t a fan of having sandy feet.

Grown-ups apparently prefer sandy beaches a lot of Goring’s beach was stony. For me, though, it was perfect as I could lay on them while drying out and pick different ones up like the world’s most generous grabber machine and try to eat them before Mummy and Daddy noticed!

My first beach session was a perfect warm-up for my first holiday later this summer. We’re going to an island called Ipizza…