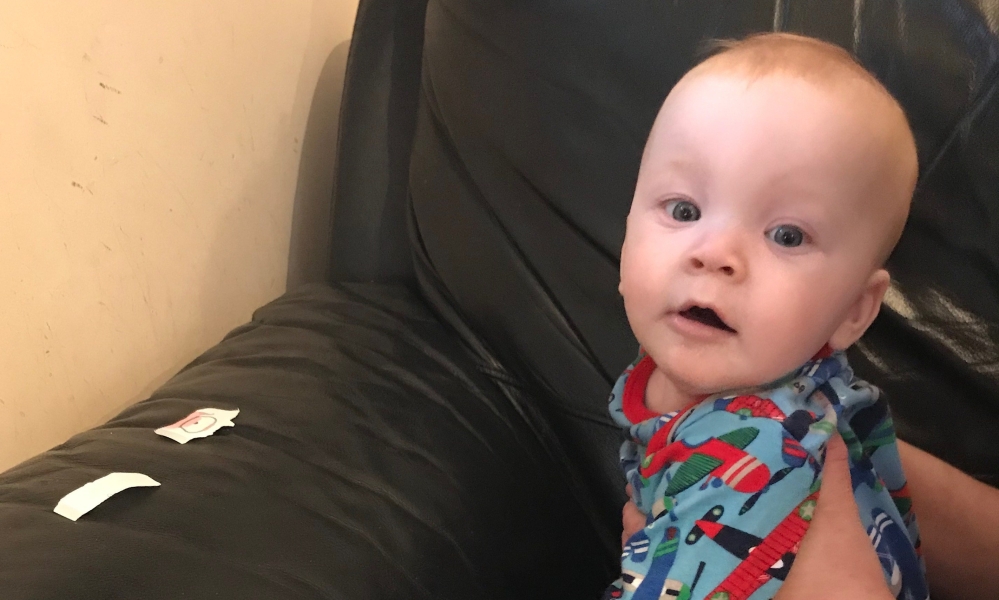 Office sweepstakes are being drawn and it’s just two days until our baby’s first World Cup.

To mark the occasion, we’ve dubbed him ‘Psychic Albie’. I remembered watching Paul the Octopus give football predictions a decent stab during the 2010 World Cup and figured if a mollusc could achieve an 85.7 per cent success rate, Albie could probably give it a bash, too.

Having not yet sent Albie to the workhouse, he’s short of colleagues to play a sweepstake. Just picking one team from 32 wouldn’t be very exciting, either, so we’ve got him to pick the winners and runners-up from each group.

We’ll follow each round through until the final, with Albie predicting his overall winner on the eve of the tournament tomorrow.

We’ll find something themed, either to wear, eat or play with related to the country which he picks as his overall winner. Let’s hope I’ve not got to source something from South Korea or Senegal, else I’m stumped. If it’s Panama, it’s got to be one of their hats…

If Albie’s picks are anything to go by, Russia 2018 will have some rip-snorting group showdowns.

In group A, Russia qualify as winners, with Saudi Arabia stealing second ahead of Egypt and Uruguay. With the Russians on top, he’s clearly trying to do a better job of foreign relations than the UK Government is with the hosts, currently!

Spain crash out of group B in the first major surprise, with Iran also losing out to Portugal and Morocco. He denies the latter’s group win is anything to do with the Moroccan-inspired dinner he was chomping on moments before the predictions kicked off.

A shocking tournament for one of the favourites, France, sees Denmark and Paddington Bear’s Peru advance in group C, with the Aussies taking an early plane home. Clearly, Albie thought Australia had as little a place at the World Cup than they did at his first Eurovision last month!

His psychic powers seemed questionable three groups in, with some of his picks at odds with the bookmakers. Faith was restored with an Argentina group D victory, with Nigeria second ahead of Croatia and Iceland. Two tricky winners’ item possibilities discounted, there, although Nigeria progressing offers little reason to ease my potential troubles.

Favourites Brazil win group E, with group F obviously won by Germany. No surprises, there. He’s clearly done his research! Serbia and South Korea follow as runners-up. Costa Rica didn’t impress when Albie scouted them out against England in their warm-up match, while Switzerland’s cheese would never have been any good for a baby with cows’ milk protein allergy.

Group H will be taken by Senegal, says Albie, and Colombia will scrape through at the expense of Poland and Japan.

But what of England? We left the picking of group G until last to build the tension. Summarising it out of sync will really annoy Hanna and other OCD sufferers, so apologies for that! Three Lions fans will, however, be delighted to hear that Albie thinks England will get through. Few will be surprised to see, though, that they’re not winning the group. He’s started off life as a true patriot.

It’s bye-bye to Belgium, here, and Panama complete the second-round roster.  The Panama hat is still well and truly on the cards…

Who do you think will emerge victorious? Find out tomorrow!

SPECIAL MENTION: Apologies to Uruguay. Albie ate you during the process!