As we embarked on our journey on the Milk Ladder this week, it was a time to reflect on the journey we’ve had with Albie to date.

In the early days, we had a baby who was clearly uncomfortable at what should have been one of his happier times of the day.

Feeding was heart-breaking, with him inexplicably writhing in pain, crying uncontrollably, nasty diarrhoea, constipation, sleepless nights and concerning bouts of projectile vomiting which provided the inspiration to this blog’s name.

We felt helpless – and alone. We knew something was wrong but initially had no idea what it could be.

And since we’ve got to the bottom of things and found a way to settle the symptoms down, we’ve learned many others have similarly suffered. This blog, among other things, is supposed to help others in that dark, confusing place. Yet reviewing things this week, I realised there is no one post which sums it all up – so here it is.

After seeking advice from the health visitors and our doctor, we tried different formula milks.

We tried a couple of different brands, including ‘comfort‘ and ‘anti-reflux‘ milks from Cow and Gate & Aptamil.

In short, none of them alleviated the discomfort or the reflux and the only difference was an increase in the price!

The failure of the pricier milks to do the trick triggered us wondering whether he was allergic to cow’s milk.

We had spells of mixing milk with Gaviscon to reduce his reflux, while we were advised to buy something called Coleif. This is a special enzyme which reduces the lactose content in milk. We found it quite a complex additive, with very specific instructions to ensure it works correctly. We also didn’t get it on prescription and the tiny bottles it came in were equally expensive as the milks.

Despite the cost, if Coleif had worked it would have been worth every penny. Unfortunately, it didn’t, and whether a coincidence or not its use came at the time Albie experienced some of his worst symptoms.

At this point, we felt a bit like guinea pigs. Every time we went to the doctor, we came away with another thing to trial which aimed to reduce the cow’s milk Albie was having but, crucially, not eliminating it altogether.

Trial and error is an important process. You don’t want to jump to a diagnosis. It is, however, really difficult for parents if they face weeks and months of helplessly watching their little ones suffer. 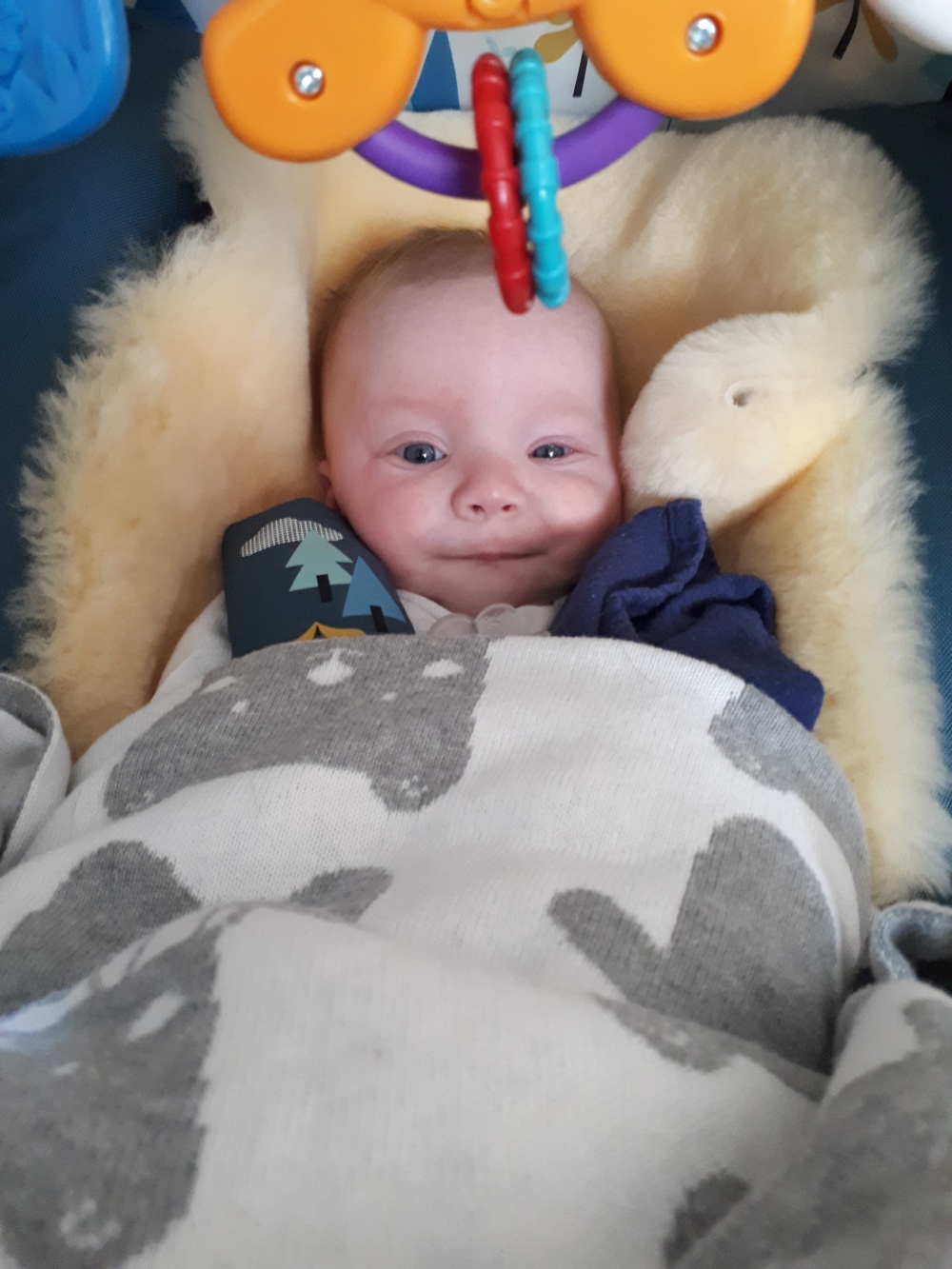 Nutramigen was our first look at a special prescription milk. From memory it improved things a little but it still didn’t make Albie quite right.

Others can describe the difference between Nutramigen and the milk we eventually settled on, Neocate, but essentially the former includes a very broken down derivative of a cow’s milk protein. In essence, it will treat a baby with a moderate allergy to cow’s milk but may not work for severe cases.

One thing we found with Nutramigen was that it kept Albie pretty regular in the poo department, producing nappies which were so foul-smelling that we couldn’t keep them in the specially designed nappy bin. Mouldy fish and chips springs to mind!

Neocate was the one which finally alleviated the symptoms of discomfort, though as the blog has documented, reflux proved a tricky nut to crack.

With these prescription formulas, we found they were extremely thin, so we used a natural thickener called Carobel which you can buy online, or order from your pharmacy. Note that the thickness of the milk will need an appropriate-sized bottle teat which may be different to what your baby was using before the switch. 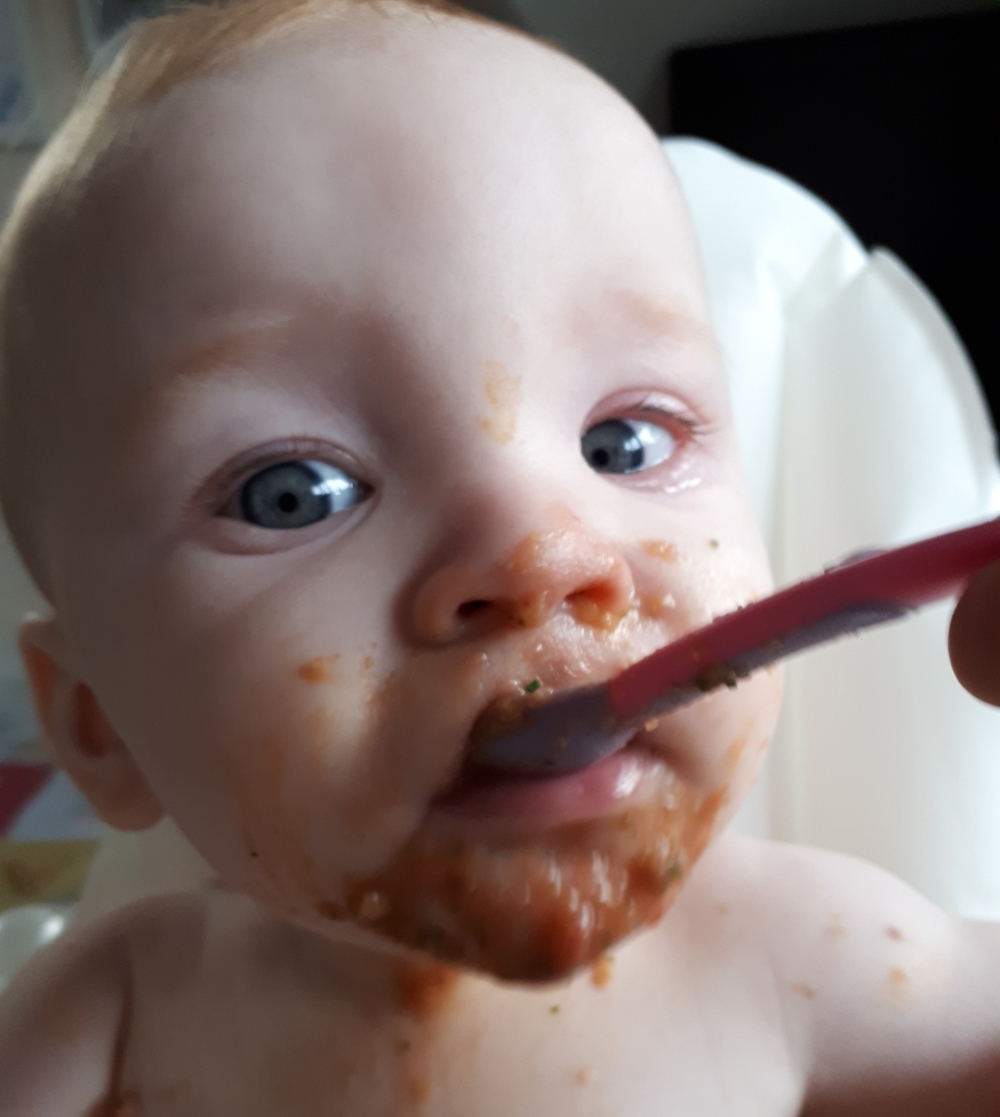 The best cure for reflux has been solid food. We began weaning Albie at four months, partly because of his low weight but also to try to help the puking episodes.

Along the way Albie was prescribed Omeprazole, a medicine to help lower stomach acid.

His dosage was upped considerably after a stay in hospital and while I think it helped, he still had plenty of projectile moments. If we ever ran out of Carobel or Omeprazole, we always feared missing out on the Carobel which perhaps speaks volumes over how effective we found it.

What we use now

Albie eats normal meals, aside from avoiding dairy, soya and egg. Often it is found allergies to cow’s milk and soya go hand in hand, while the egg avoidance is more a precautionary one as Hanna had issues with it when she was young.

Now past the age of one, Albie no longer has prescription milk or Omeprazole and we have been getting by on Oatly oat milk.

Most importantly, we have the happiest little man and we’re light years away from the pains of the early days.

This could change now we’re on the Milk Ladder and I’ll update on our progress after Albie’s hospital appointment next week, when he’s being properly tested for various allergies.

If anyone has any questions about cow’s milk protein allergy (CMPA), reflux or anything else, please drop me a message.